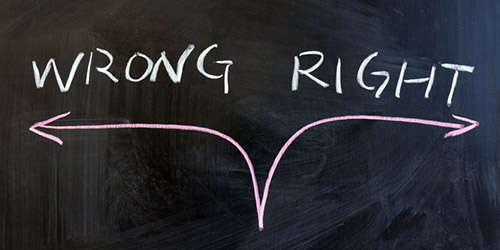 Dietrich Bonhoeffer was quoted as saying “The test of the morality of a society is what it does for its children”. As a pediatric occupational therapist, I am increasingly concerned about a growing disinterest by adults regarding declines in child health and wellness. What we knew to be true and evidenced based practice for raising, educating, and providing therapy for children seems to have gone by the wayside, replaced now by the ubiquitous technological device. Apps, video games, You Tube, and TV are now guiding our children, not adults, in home, school and even in clinic settings. Responding to a text, posting a picture on Facebook, or sneaking in a bit of porn or video games into the work day has so overtaken today’s adults, that they are scarcely looking at, much less caring for children. How, in just the past decade, has society grown to covet being with their devices more than their children? Sedentary, alone, neglected, and immersed in a virtual world devoid of anything human, we are slowly but surely losing our children to a virtual reality that is anything but moral. Constant exposure to images of violence, sex, defiance, and depravity are changing children…forever. Aggressive, impulsive, tantrums, insolent, and insecure, today’s child is a whole new breed of humanity that is already causing significant management difficulties. Yet the link between what children watch and how they behave, is largely ignored by adults. This article explores the recent trend toward adults giving more and more attention to their devices, and less and less attention to their children. In the absence of parental attention, children default to, and form unhealthy attachments to the device. As adults turn away from long held ‘moral’ beliefs and truths, what increasingly appears to be on the horizon are adult acts which would really be termed by civilized societies as ‘immoral’. This shift from moral truths to immoral acts by our virtual society, is likely to be the downfall of humanity as we once knew it.

George Orwell once said “The further a society drifts from the truth, the more it will hate those that speak it”. As a purveyor of moral truths in my writings and workshops, I am very familiar with the glazed look that comes over people’s eyes when I speak about the detrimental impact of technology on children. It’s as if what I am saying will so disrupt their stressed and busy lives, that they simply can’t process this information. Parent’s, teacher’s and even therapist’s technology devices have been imbedded into their psyches to the extent that the mere mention of more responsible management is akin to asking them to cut off an arm. The facts certainly speak for themselves when assessing the state of health of today’s children. One in three children now enter school developmentally delayed (HELP EDI Mapping 2009/13, Houtrow 2014), and one in four are obese – with one third of these children going on to develop diabetes (CDC 2014). One in six children have a diagnosed mental illness with many on dangerous psychotropic medications (CDC 2014), and one in eleven children are now addicted to technology (Gentile 2011). Over the past 27 years of treating children, I’ve never seen them sicker than they are today. Family technology addictions are now estimated to be problematic in 40% of North American families. Never before in the history of humankind have we witnessed children with addictions, much less whole families. One nation under therapy is going to cost our society dearly, by bankrupting health, education and social governments, but also by destroying the family fabric that has for generations held families together. How have we slid so far down the slippery path of technology addictions, and what can we do about it?

The moral truths our society used to live by when raising and educating children were often passed down by generations of family through religious faith, traditions, and culture. Values were imbedded in daily routines and work ethic was strictly enforced. Families relied on each other to survive, and every child knew that if they didn’t do their chores, their family might not survive. Today, very few children have chores, or any expectations to work at all. Dependence, not independence, is fostered by parents now, as they imbed their own insecurities into their children. Half of North American adults between the ages of 20-30 years of age live with their parents, not working nor attending school. What are these adults doing at home? With the recent onset of handheld, portable devices such as cell phones and tablets, technology usage rates have soared, in adults and in children. Studies show that children now use 10 hours per day of entertainment based technologies, and 40% of adults are using over 11 hours per day. As adults continue to increase their use of technology, a cascade of unfortunate actions are the result, actions that could be termed ‘immoral’. These immoral actions taken by adults against children constitute what we would normally call ‘abuse’ or ‘neglect’, and are causing nothing short of extensive and long term ‘trauma’ to children. The following list of ten immoral actions taken by adults against children, truly reflect the level to which our society has fallen to when it comes to not caring for its most vulnerable.

Upton Sinclair once said: “It is difficult to get a man [or woman] to understand something when his salary depends upon his not understanding it.” Whether a parent, teacher or therapist, we need to look up from the device, stop thinking in our own best interests, and address the needs of our children. Thinking a device can replace the flesh and blood human is short sighted, erroneous, and not in the best interests of children. Reflecting back upon known and historically practiced moral truths and beliefs, is an exercise well worth taking when planning futures for today’s technology obsessed children. Realizing immoral acts, and correcting them, is a place to start on this difficult journey of unplugging from technology. The ways in which the new virtual society is raising and educating children with technology are truly not sustainable.

Research references can be located on Zone’in Fact Sheet www.zonein.ca under Info section.

Cris Rowan is a pediatric occupational therapist, biologist, speaker and author of “Virtual Child – The terrifying truth about what technology is doing to children”. Cris can be reached at info@zonein.ca or 1-888-8zonein (896-6346).