Pediatrics Summary – Children, Adolescents and Screens: What We Know and What We Need to Learn 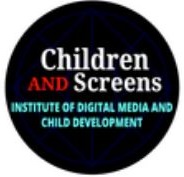 An interdisciplinary summit called Children and Screen Time: A Growing Health Crisis was held in Washington DC on Nov. 1, 2017 sponsored by Children and Screens: The Institute of Digital Media and Child Development. Research presented at this summit was published in the November issue of Pediatrics – the official journal of the American Academy of Pediatrics summarized below.

Media Multitasking results in decreased memory, increased impulsivity, decreased neural structure, and decreased academic outcomes. Recommendations for clinicians and educators are to give careful consideration for how youth engage with media.

Internet Gaming Disorder is documented in 9% of children ages 8-18 years identified by 5 or more of 9 criteria including preoccupation with games; withdrawal symptoms; tolerance; unsuccessful attempts to control or reduce gaming; loss of interest in relationships and alternate activites; continued use of games despite obvious problems; deception of others regarding gaming; escape as primary reason for use; and loss of significant relationship, job, or educational opportunity.

Recommendations for schools are as follows:

Sleep Deprivation from digital media results in obesity, decreased cognitive functioning, and impaired mental health. 73% of Canadian children are sleep deprived. 75% of children are allowed devices in their bedrooms, and 60% use devices prior to going to bed. Recommendations include prohibiting all devices from child and youth bedrooms.

Digital Screen Devices including television has an impact on cognitive development. For children under 2 years old, television has mostly negative associations, especially for language and executive function. Recommendations include limiting television exposure (especially background television) before the age of 2 years.

Youth Well Being can be affected by heavy media use including diminished life satisfaction, internalizing negative experiences, depression, anxiety, attention problems and stress. Recommendations include parents learning about the social media sites their children are using and creating a digital curfew to increase health and well being.

Obesity in children is on the increase, related directly to screen media exposure. Reducing screen time along with changes in diet and increasing physical activity, can reduce obesity and result in less BMI gain in children. Recommendations include not consuming meals in front of a screen and ensuring children receive adequate sleep.

Substance Abuse and Problematic Gambling by adolescents are increased by exposure to favorable presentations of harmful substances on social media, as well as increased opportunities for engaging in behaviours that can lead to addiction, such as online gambling. Recommendations include using online resources to reach and assist adolescents and parents to avoid progression of these behaviors.

Small Screen Use is affecting driving safety, the inability of the driver to ignore them is the main cause. Recommendations include policy makers writing teen-aged driver laws that discourage the use of sources of digital distraction in the vehicle.

Parents Media Use can influence children’s media use, their attitudes regarding media, and the effects of media on their children e.g. families with media centric parents, results in young children having more daily screen time and are more likely to have a television in their bedroom. Recommendations include families using media to connect, co-view and create, choosing high quality content. Parents should use mediation strategies to reduce screen time.

Children’s Privacy may be affected by the Internet of Things, creating digital dossiers of information that could follow young people into adulthood, affecting access to education, employment, healthcare and financial services. Recommendations include policy makers expanding children’s privacy safeguards to encompass data collection and marketing practices across digital platforms, including toys and other objects that are part of the Internet of Things.

Digital and Media Literacy is essential to participate in society. Learning happens anywhere, anytime, and productivity in the workplace depends on digital and media literacy. Recommendations include developing tests that assess real-world literacy skills to ensure that youth become digitally and media literate.

Youth Civic Engagement using digital media participation, often referred to as participatory politics, is a positive way for youth to be involved in shaping the world they are growing up in. But it is not without risk as these tools may be used for exploitation by political extremists and the online information is not always accurate, messages can be misconstrued or have unanticipated consequences. Recommendations include teaching adolescents how to manage rather than avoid risks inherent to life online.

Screen Violence has short and long term harmful effects including increased aggressive thoughts, angry feelings, physiologic arousal, hostile appraisals, aggressive behaviour, desensitization to violence and decreased prosocial behaviour and empathy. Recommendations include a healthy media diet and parents to watch, play and listen to the media youth are consuming, preferably at the same time as their children.

Digital Inequality can be found in the US as more than half of all children are growing up in low-income families, where they are more likely to face social challenges, including constrained access to the internet and devices, rising to more disparities between them and their more privileged counterparts. Recommendations include providers not assuming there is a consistent access to online resources and the recognition that in many cases it is the children guiding the parents on how to access advice and services online, when it is available.

Children’s Digital Opportunities especially for information and education has great benefit around the world. Current research reveals an insufficient evidence base to guide policy and practice across all continents of the world, especially in middle- and low-income countries. Recommendations include further cross-cultural research and to share best practices internationally so that children can navigate the balance between risks and opportunities.

Defining Cyberbullying – the 3 characteristics of traditional bullying – intent, repetition and power imbalance are not always present in digital behaviours. To make significant progress in addressing cyberbullying, certain key research questions need to be addressed. Recommendations include asking patients about their online behaviour and encouraging parents to talk to children about their digital activities.

Advertising exposure of children and adolescents online can have both short – and long-term negative consequences. Recommendations include encouraging parents to monitor their children’s exposure to marketing communication and educators to increase children’s advertising knowledge.

Social Group Stories help young people identify their gender and race among other important human categories. These messages can have negative and positive effect on children and adolescent’s thoughts and behaviours. Recommendations include talking to children and teens about how the stories they see tell them who they are and help them to understand where the stories came from and what their own role is in determining their destiny.