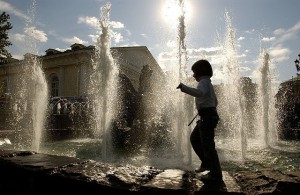 In order to achieve optimal physical and mental development, children need to move. Yet as adults have become more and more sedentary with their technologies, so have children. Twenty-first century advanced society has one in three children entering school developmentally delayed, one in four obese, and one in six with a diagnosed mental illness – many on dangerous, unproven, psychotropic medication. As children get sicker and sicker, technology usage rates continue to escalate unchecked, both in home, clinic and school settings. Without any research evidence, British Columbia’s Ministry of Education is offering students as young as kindergarten, the choice for online learning. What happens when movement, touch, and human interaction, three critical factors for child development, are removed from the learning environment? Will these students attain literacy, will they know how to socialize with their peers, will their bodies and minds development sufficiently to attain adequate physical and mental health? No one knows, yet that fact isn’t deterring education governments from launching the largest experiment known to humankind, putting child sustainability in peril. 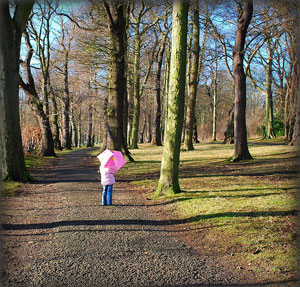 Movement not only assures optimal cardiovascular health and prevention of diabetes, stroke and heart attacks, but also ensures optimal physical mental development needed for growth and academic success. Movement performed on playgrounds, in classrooms, and in gyms also provides opportunity for socialization and human interaction, integral components for happiness and functional relationships. Movement stimulates two systems integral for development of core strength, a precursor to motor coordination of eyes to hand, as well as both sides of the body, and upper to lower body – the vestibular and the proprioceptive systems, both integral for literacy, attention and learning.

Whenever a child moves off their centre of gravity, the vestibular system is stimulated, sending messages to core muscles to contract to bring the child’s body back to centre. Think of a swing. When the swing moves forward, the gravitational forces push the child backward, and the vestibular system responds by activating contraction of muscles on the front of the child’s body to prevent the child from falling off backward. As the swing moves through it’s arc, the opposite happens. Think of a merry-go-round with gravitational forces operating all directions, continuously activating core muscles to contract. Strong core is important for eventual motor coordination, essential for printing and reading. Vestibular stimulation also optimizes a child’s arousal state. Remember rocking your infant to sleep, or tossing them in the air to make them smile? These movements stimulated the vestibular system to change the child’s arousal state, getting their energy in the zone to pay attention and learn. Even though studies show child injuries on playgrounds have not risen in the past 25 years, parents, teachers and licensing officials proceeded to decide these devices were not safe. Swings and slides got shorter, merry-go-rounds disappeared, and children now stay inside.

The other system that is stimulated with movement is the proprioceptive system, located in the joints and muscles and activated with “heavy work” type activities. Any movements requiring push, pull, lift and carry isometric loading of the muscles activate the proprioceptive system, known for development of refined gross and fine motor patterns required for all activity. Activation of the proprioceptive system also results in an “energy release” necessary for again obtaining optimal arousal states for paying attention and learning. Many behaviour problems arise from children being kept in at recess, or not having recess at all. Recent conversations with colleagues in Texas concluded that many schools are removing recess altogether in favour of more academic pursuits. Not a good idea if we want children to be able to learn. 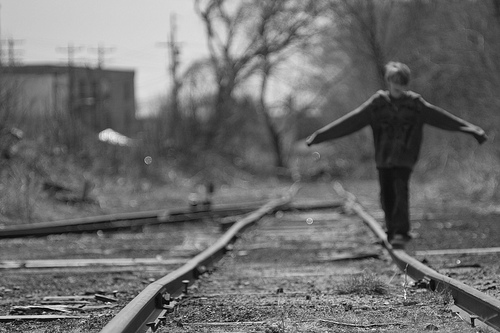 Dr. John Ratey, child psychiatrist and author of the book “Spark – The revolutionary new science of exercise and the brain” describes how exercise not only increases endorphins, but also increases dopamine, a neurotransmitter known for improving attention and learning ability. So does Ritalin. While stimulant medication might result in temporary improvement in attention, the long term side effects are 10% weight loss, depression, and cardiac overload. Let’s see…playgrounds and exercise do the same thing as stimulant medication, but schools continue to reduce recess and gym time? Exercise increases size and number of neurons and neuronal connections in an area of the brain called the hippocampus, known for memory and concentration. Schools across North America have embraced Dr. Ratey’s finding and applied them in classrooms with startling results. As profiled in CBC’s documentary “Brain Gains”, a grade nine alternative school in Saskatchewan used treadmills for 45 minutes per day and raised grades four levels in four months.

Another positive aspect to movement is if it is carried outdoors, there is the added benefit of nature. Researchers found that inner city children had three times the incidence of adhd as rural children because of access to “green space” or nature, and reported in a 2004 study that a 20 minute walk in the park can significantly reduce adhd. Hmmm…access to nature and movement significantly improves attention and learning, yet schools are increasingly putting children on computers, and now allowing them to stay at home and do online courses. If teachers and parents would just let children outside to play, behaviours would improve, as well as attention and learning, in addition to motor development necessary for attaining literacy.