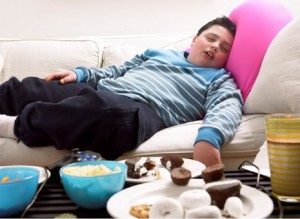 Over the course of the past 50,000 years, humans have managed to rise to the top of the food chain to dominate all other life forms on planet earth. Until quite recently, humans have successfully functioned as “pack” animals, with each member of the group serving a vital purpose and role. Darwin’s “survival of the fittest” theory reigned true, as evolutionary stressors of disease, climate change, and predation made sure that only the strong survive! Movement, touch, human connection, and nature, which have always been considered to be four essential, critical factors for human species survival, were plentiful and abundant. The more physically fit human could run faster, had sharper sensory acuity for hunting and gathering, and had sufficient endurance for hard work and harsh climate conditions. Babies, toddlers and young children spent every moment in the arms of a parent, grandparent or sibling, receiving adequate touch to enable a calm and secure individual. This continuous tactile sensory input optimized the child’s development of their motor skills, which enabled them to perform a variety of required fine and gross motor tasks. Meals were spent in conversation connection with family or friends, often in large groups, playing games or making music and dancing. Families and communities living as a “pack” not only ensured pack survival, but also offered each member ample opportunity to reach the limits of their own human potential by pushing them (often quite harshly) to succeed. If the pack member didn’t rise to the occasion, and adapt to the stresses placed on them, they didn’t survive. Since Darwin’s time, we have known that evolution of the human species requires adaptation to stress, and stress serves to promote species adaptation, but only to a degree. If the stress becomes too great, the human species will cease to adapt or evolve, and extinction becomes inevitable.

Over the past 25 years, we have witnessed significant changes to human biology and socialization resulting from technology overuse. Humans are not adapting to these changes fast nor sufficient enough, to sustain human existence on this planet. For many children, the boundaries between the virtual world and the real world have begun to blur, and the human body, mind and soul are becoming lost in a void which is devoid of movement, touch, human connection, and nature. The rapid pace with which technology has invaded the human species has raised a host of questions, many of which have no answers. Research takes time, and the pace of technology evolution is so fast, it’s impossible to monitor human change with long term, replicated studies. For example, what intensity, frequency, and duration of evolutionary stress, in the form of technology, can the human species realistically adapt to? As rapidly as technology is advancing, can human species adaptation possibly keep up, and what happens if it can’t? These questions are posed to the reader as food for further thought, and action. Technology is a “train” that has moved out of the station and is rapidly accelerating. Humans are starting to fall off the technology train at an incrementally increasing rate, often without the knowledge or awareness of the closest members of their pack, their families, educators and health professionals. Children, who are truly the most vulnerable members of any pack or society, appear to be falling off the technology train the fastest, in increasing record numbers, and are therefore fairing the worst. With mounting research showing technology is harming children, it is time to take immediate measures to restrict technology use, and begin to manage a balance between activities children need to grow and succeed, with technology.

Sustainability is defined by the Wikapedia dictionary as the capacity to endure. Wikapedia goes on to state that from an ecological perspective, the term sustainability describes how biological systems remain productive over time. For humans, sustainability is defined as the potential for long-term maintenance of well-being. In order to determine overall species sustainability, exploring the effects of technology overuse on parameters of children’s physical, mental, social and sensory development is essential, and will be applied to three definitions of sustainability – endurance, productivity, and well-being, While some readers might find this notion to be quite esoteric and farfetched, speaking as a biologist with an interest in promoting sustainable environments, this is an area that should peak interest and debate. If the way in which society is using technology to raise and educate children is indeed not sustainable as proposed, then as a society, we owe it to future generations of children to change our ways. There is a lot of work to be done, and quickly, if we are to turn the tide and start taming the powerful force that technology is exerting on our lives. Each and every one of us would be wise to ask of ourselves “Who is driving the ship? Technology – or me?”

While delayed child development associated with overuse of technology is unlikely to cause species demise in and of itself, it does have secondary effects worth considering such as decreased socioeconomic status and academic performance. Suboptimal sensory and motor development in children impacts on their achievement of literacy, which in turn impacts on a child’s completion of high school. Failure to complete high school affects job acquisition and future potential as a wage earner, to say nothing of the economic impact of high school “drop-outs” on the community as a whole. Failure to complete high school also affects attractiveness for human mating and formation of eventual partnerships, affecting overall species productivity and endurance. Obesity secondary to technology overuse is associated with diabetes and cardiovascular disorders, both affecting species endurance and well-being.

Child mental health impairment associated with technology overuse, impacts on species productivity and well-being. Poor communication skills and social isolation, both traits causally related to technology overuse in children, have a negative impact on species prowess and ability to find a mate. Unsuitability for mating will limit human ability to form meaningful relationships necessary to form partnerships and raise a family. Inability to secure a life partner and raise a family affects species propagation, and hence affects overall human sustainability through impacting endurance and well-being. Rising use of psychotropic medication with young children to treat behavior disorders associated with technology overuse has the potential to negatively impact all three sustainability factors – endurance, productivity, and well-being. While child aggression may have been advantageous to species longevity 100 years ago, in the 21st century child aggression is now coupled with developmental delay, impulsivity and illiteracy, making this trait far less attractive when considering overall species sustainability.

The ability of a child to adapt to sensory responses in their environment emerges early in life as a protective and discriminative mechanism, and as children grow they typically become better at tolerating uncomfortable sensory stimuli by applying strategies to self regulate. Sensory over-responsivity reflects a failure to achieve a balance between sensitization and habituation, and can affect many aspects of a child’s ability to function in both home and school settings. The impact of technology overuse on a developing child’s sensory system, and that sensory system’s ability to adapt and habituate to technological stimuli is unknown at this time. Possibly the profound rise in child mental and behavioral disorders reflects the fact that children are not adapting to the chaotic and hyper stimulated world of technology as well as we might think. The ability to relate in meaningful ways with other human beings, to be able to empathize and sympathize with others, really sets the human species distinctly apart from the animal species. As empathy requires human relatedness, one might ask the question “What will be the end result of technology’s progression toward isolation of the human species?” Sedentary, detached, angry, obese, over-stimulated and isolated, how much longer can the new millennium child attempt to adapt to this unhealthy lifestyle, and at what point is the human species no longer sustainable?

The physical and mental status of the parent is also a crucial factor for determining how well the child will fare. Parent obesity, mental illness, addictions, social isolation, and aggression, all conditions associated with technology overuse, have the potential to have profound effects on the endurance, productivity, and well-being of the next generation. Long durations of attachment to technology effectively “detaches” parents from their children, not only impacting on the parent’s ability to provide sustenance such as food, shelter and clothing, but also negatively impacting on the life sustaining effects of healthy attachment formation between parent and child. In conclusion, evidence suggests that parents and schools allow young children extended periods of unrestricted access to various forms of technology which is harmful to their physical, mental, social and academic development. Further evidence suggests parents are increasingly presenting their children to physicians for assessment of complex behavior disorders that may be linked to the physical inactivity and sensory over-responsivity inherent in the overuse of technology, or related to the “detached” state of the parent.

The ways in which we are raising and educating our children with technology are simply not sustainable, and immediate measures should be taken to reduce the use of technology, if we are to save The Last Generation.

Cris Rowan can be reached at info@zonein.ca. Additional information regarding the impact of technology on child development, behaviour and learning can be found on www.zonein.ca.