Preventing Autism – It might be easier than you think! 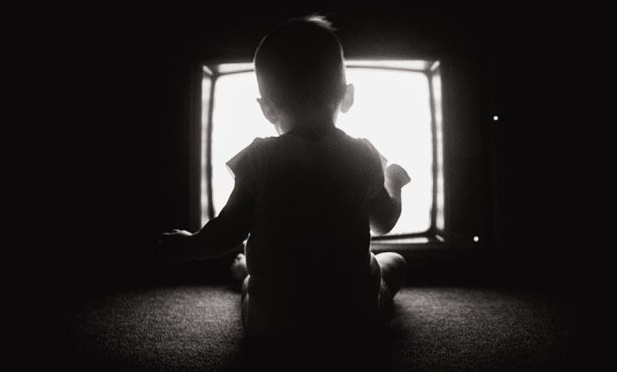 Recent shifts in autism research from biological to environmental determinants, has yielded prolific data with exciting implications. This information when applied, could not only prevent autism, but also reduce symptoms in children who already have autism. Interested? This proposed intervention for autism prevention and treatment requires two components 1) absence of screens, and 2) eye contact with the parent. Two simple acts performed by one or both parents on a daily basis, could prevent and treat autism, providing children with a future full of vast and rich social and emotional experiences. Two easy to administer, yet profoundly impactful initiatives, could save children from a world of intense isolation and loneliness, as well as endless, costly therapies. Two quick actions, eliminating screen time and increasing parent time, could ensure a child grows up happy and healthy, with meaningful relationships and academic success. Simple logic implies that as screen time goes down, parent/child social interactions go up, increasing the critical time frame for formation of functional social relationships. Studies have shown that even as early as 0-6 months, the brains of infants exposed to screens and deprived of parental eye contact, are being wired differently. This article written by a pediatric occupational therapist and a family physician, present documented research findings which support the premise that eliminating screen time, and increasing eye contact with parents, will significantly reduce the risk and incidence of autism.

Autism is defined as a neurodevelopmental disorder, one that is marked by the impaired ability of a child or an adult to be able to participate in reciprocal human relationships. Children on the autism spectrum lack connection to the humans around them, seeing other people more as objects.  They often have difficult and baffling behaviors, uncontrollable tantrums, inflexible eating demands, social phobias, school difficulties, and disruptive sleeping habits. Autism incidence continues to escalate. According to the Center for Disease Control’s most recent report published in 2014, the prevalence of autism went up 30% from their prior study two years earlier.  In the recent study, the prevalence for boys was one child out of 49, with four to five times as many boys as girls. For some time it was thought that autism was largely a genetic disorder; that children are born with it or not. Based on small twin studies from some 20 years ago it was commonly thought up to 90% of the cause of autism would come from genetic factors.  However recent population studies from Sweden, Denmark, and California have placed the hereditability of autism close to 50%.  These studies involve very large cohorts of children giving them great validity (Sandin 2014, Therese, 2013, Hallmayer 2011).

Recent studies have lead researchers to realize that autism has its roots in the first year of life. In 2011 Dr. Chonchaiya published a study looking retrospectively comparing groups of 50 children with and without ASD.  She found that those children who developed ASD had started watching television six months earlier at six months of age and by the age of 12 months were watching twice as much television a day as the children without ASD. Using eye tracking technology Warren Jones showed in 2013 that children who were destined to develop autism had abnormal eye tracking findings as early as 6 months of age.  Another study, again using eye tracking technology, showed reactions to human speech at six months of age could separate children who would develop ASD from those who would not (Shic 2014). Finally a third study this time using neuroimaging demonstrated a difference in the actual structure of white matter tracts going to and from the occipital cortex in the brains of children who will develop autism, again at 6 months of age (Elison 2013). The link between autism and screens is not new. The introduction of cable TV in the 80’s was followed by a 17% increase in the number of cases of autism (Waldman 2006).

It is known that infants learn the sounds of the language spoken to them during the first year of life and by the end of the first year are no longer attending to non-native sounds (Kuhl 2005). The critical time for learning this part of speech is during the first year of life. Could social behavior be the same?  There are studies showing language acquisition is impaired by screen-time (Chonchaiya 2008, Okuam 2007), and the learning of social behavior could likewise be impaired. Autism is the failure of a child to develop reciprocal social relationships with other human beings, so how might screen-time in infancy block or interfere with the development of this vital skill set?

Screen viewing could interfere with tasks that require infants to scan the three dimensional world such as joint attention, a critical social skill for the child under one, effectively changing visual processing (Charman 2003). Screen-time is thought to be a major distractor from social relationships in older children with autism, and there is no reason to think that this distraction would not start from the time of first exposure of infant to screen-time (Engelhardt 2014). Screen-time cannot offer social interaction. Learning social interaction requires social interaction. Screen devices are social dead ends for infants and babies. In today’s world as an infant looks around at people and follows their eyes to see where they are looking, there is a good chance those eyes will lead back to a screen device. Most children with autism are entranced by screen devices.

The American Academy of Pediatrics in 2001 recommends no screen-time until the child is two years old and no more than two hours a day after that, yet children are using 4-5 times that amount (Kaiser Foundation 2010). Will the escalation in screen-time as opposed to face-to-face time, be a major contributing factor in the epidemic rise in autism? Will we be known as a society that chose to give a diagnosis rather than quality time, medication rather than a hug, and costly programs rather than applied common sense? Prevent autism now. Turn off the screens and play with children.

Are Autism Spectrum Conditions More Prevalent in an Information-Technology Region? A School-Based Study of Three Regions in the Netherlands. (2012, 5). Jounal of Autism and Developmental Disorders, 42(5), 734-739.

Cris Rowan is a pediatric occupational therapist, biologist, author, and speaker and lives in British Columbia. Her website is www.zonein.ca, blog www.movingtolearn.ca, and book is “Virtual Child – The terrifying truth about what technology is doing to children” available on Amazon and www.virtualchild.ca. Cris can be reached at info@zonein.ca.

Dr. Leonard Oestreicher, MD is a family physician, author, and President of the Society for the Study of ASD and Social-Communication and lives in California. His website is www.ssas-c.com, and book is “The Pied Pipers of Autism” available on Amazon.  Leonard can be reached at leonard@ssas-c.com.