Gaming and Gambling: A generation of children on the hunt for supremacy. 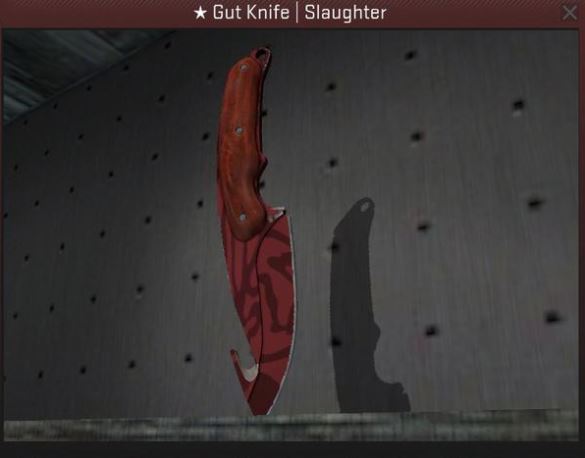 Millions of people spend several hours a day on online gaming. Counter Strike:Global Offensive (CS:GO), League of legends, and RuneScape are only a few of the games that are available in this rapidly developing industry. Children, youth and young adults are paying upward of hundreds of dollars every month on buying and selling commodities, weapons, and merchandize. A cool car or beautiful clothes show fellow players how well off the gamer is, as does the gamer’s “level” update or “skins” (objects, weapons, modifications), things that you gradually gain in gaming as a form of reward.

Type of skins are extremely important in the gaming world. Some skins can be rare in the world of gaming and the rarer they are the more money people are willing to pay for these objects. A virtual knife in CS:GO can cost up to $500 USD and there are plenty of people, who would happily pay that to be able to show this item off as a status symbol. For some people status is equally important in real life as in the gaming world. Children grow up with channels such as Youtube, CSlounge, Steam, Facebook etc, where the person that succeeds is the happiest. Status = happiness.

Players can earn skins and advance in levels by investing a great deal of time in gaming. In today’s society, many kids and young adults give up school, work and social activities in order to receive the rewards of gaming.

At the beginning of 2015, new websites popped up where people could play poker using their collection of objects from there steam account as their stake in the game. Unbeknownst to parents, children are sitting at home in their rooms and gambling with money, vast sums of money. They stake their current skins, hoping to win even more skins in skinarena.com, hopeful that they will raise their status. Through gaming, children can become so successful that they might even be aired on Youtube. This type of gaming is essentially betting, which would normally have an age restriction of 18 years in most countries, yet is being performed by children as young as 6. Parents clearly don’t always know what’s happening in cyberspace, an industry ruled by gaming companies with an interest in money. Their target audience is young individuals who in the middle developing their identity, are seeking happiness and wellbeing through level status and accumulation of commodities.

Gambling extends into betting on which team will win in an E-sport match. By challenging opponents in a duel, gamers can also win or lose better skins or certain values in gaming objects. In my work as a therapist with children and youth with internet addiction, in less than ten minutes, a 12 year old child gambled away $4,500 USD. Some clients I’ve worked with can win or lose $5,500 USD in a night and they simply shrug at this as if it’s nothing remarkable. In my work with children who are addicted to gaming and/or gambling, many of them have stolen money in order to buy objects in games. The value in money isn’t something they have much grasp of. The need for happiness and wellbeing through gaining status level or skins, is much more central.

Children that spend a lot of time in front of the screen develop new talents and skills, which make them extremely knowledgeable in things relating to cyberspace. The downside of spending hours and hours in front of the screen is that other skills, such as social, empathic and physical skills, aren’t getting the stimulation they need to evolve. These are important for humans to be able to handle real life events. Undeveloped social skills increase the risk of conflicts and difficulties when having to collaborate and connect with others. A whole generation of children are evolving to be uncontrollably steered by these urges and instincts, where quick rushes and affirmation form the foundation of the childhood environment. The same mentality is apparent in criminal gangs; quick cash, status and attributes are important if you’re someone to be reckoned with.

The school system is having difficulties attracting youngsters, as it has to compete with the gaming world for the kids’ time. Many young people of today are growing up with a notion that everything should happen fast and effortless. The percentage of pupils coping with school system targets is ever decreasing, simply because the motivation to study isn’t that great. Youngsters can’t see the benefit of education, at least not to the same extent that would’ve been true just a few years ago. Can playing for money and happiness become the norm for young people? What happens with kids and youngsters that have their dreams crushed after having gambled everything away as 10 or 11 year olds? Is there an increased risk of suicide if young, impulse driven individuals lose everything they value through a bet?

Is the hunt for recovering your losses even more important?

Cris Rowan and I conduct therapy and counseling for people with gaming or internet addiction issues as well as their immediate family. As therapists working with children, we see these issues daily, and witness increasing and intensifying risk of problems with gaming and gambling addiction in children in a whole new way.

We are writing this article because we want to get parents and teachers to dare to be more observant and present in their homes and schools with children. Talk, socialize and find out what kind of attitude and approach children have online. How important are skins, status and level for children, and why? What could replace gaming status and skins in real life, to reduce the draw to the virtual world?