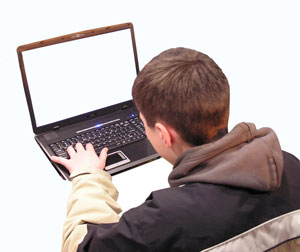 What would happen if you woke up one morning, and it was all gone…cell phone, computer, iPad, TV. A big earthquake wiped out all power, or a hacker managed to destroy all connectivity. Can you imagine life without technology? How would you do your work, how would you parent your children, how would you relate to your partner? What would you think about, and what would you do to fill the endless hours previously spent with devices? Quite suddenly you would be faced with having to think. You would be forced to restructure how you manage your workplace, your home, and how you relate to your colleagues, children and partner. Every day, you would need to conjure imagination and creativity to plan for the 10-12 hours that was previously filled with technology. Could you do it? More importantly, could our children who are now immersed in technology from birth, and rely heavily on technology for entertainment and self regulation, actually manage their lives without it? How creative and imaginative is the new millennium child who was raised and educated with technology, and could they survive real life outside of the virtual world? While these questions might seem esoteric, looking at the long term impact of technology on the human capacity for imagination and creativity is well worth considering, especially with young children.

While some technologies might promote higher level thinking, the majority of technology that young children use is either “spoon-fed/brain-dead” (TV), or “stimulus/response” (video games). Studies have have shown that early exposure to these types of technologies result in the brain “pruning” connections to the frontal cortex. A child’s brain develops, or allocates “neural real estate”, in relationship to the environment and how they spend their time. If the only activity a child engages in is high speed, mind numbing technology, their brain efficiently short circuits the no longer needed frontal cortex. Gone is executive function, impulse control, and critical thinking, three necessary elements for learning. Gone also is imagination and creativity, also necessary for learning, but also integral for eventual success and survival in increasingly competitive work environments. Parents and educators think that early exposure to technology is necessary for eventual success in our technological world, yet they couldn’t be farther from the truth. Termed “The Learning Paradox”, early use of technologies actually make children attention-deficit, ensuring they can’t learn, nor be successful earners once they reach adulthood. Research is also showing that early exposure to technology changes brain structure, chemistry, and function in areas associated with addiction. The younger the child is, and the more intense the exposure to technology, the more prone that child will be to addiction. 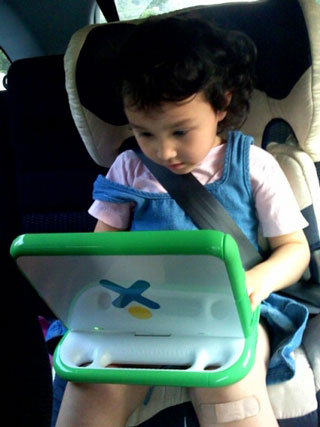 Child addiction to technology could be viewed as a lack of creativity and imagination. For instance, if a child had the capacity for expansive thought, and was able to readily engage themselves in a variety of activities alternate to technology, they would not be “addicted”. Consequently, early exposure of children to alternate forms of activity is essential if we want our children to be able to survive in the real world. Parents (and educators) often report that when they encourage children to put down the device, the response is “But there’s nothing else to do”! This type of response to technology reduction, is an indicator of a child who lacks creativity and imagination, and should be a wake-up call to parents and educators of a definite technology dependence, and eventual possible technology addiction. If this is your current situation, an experiment is called for – a home and school one week “unplug”, with parents and educators participating as well. You could call this experiment “Survivor Unplugged” e.g. your mission, should you choose to accept it, is to go one week without any technology. No cell phones, computer, iPad, or TV. Could you do it? Would you survive? Could you even go one day, one hour, even 15 minutes separated from your device? If the answer is “No”, then what kind of example are you setting for your children or students, and what kind of a life and future are they going to have if they follow in your footsteps? It is imperative, now more than ever, to lead our children toward a sustainable future, one where they can entertain themselves in the real world, explore nature, and find comfort and support in relationships with real human beings.